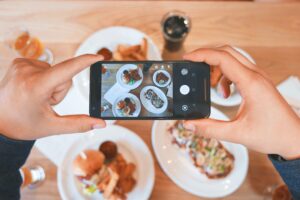 For a long-time now, Facebook and other social media platforms have been central to marketing strategies for businesses around the world. With their enormous reach, relatively low costs and adaptiveness to an increasingly digital economy, using social media to reach new audiences has been a no-brainer for many.

Recent events should give entrepreneurs pause for thought however, as they look to the future and consider long-term marketing strategies. This is not to say that entrepreneurs should switch from social media, or that social media is going anywhere, but the long-standing assumption that marketing should be centred on social media deserves to be questioned.

Recent social media outages alongside political controversies and growing pressure to either break-up social media monopolies or else treat them as traditional publishers (with all the associated liabilities) mean that, when it comes to digital marketing, it may be time to diversify.

For some organisations, the might of this global social media platform has lulled them into making it the primary focus of paid-for placements, or indeed their entire digital marketing campaign. Problems with Facebook have thrown this dependency into disarray and represent an important watershed in reviewing the best way to use social media for business development.

Of course, the tech giant behind Facebook and Instagram is keen to argue the problems that created the double outage are fixed. They blamed a ‘configuration change’.

Unfortunately, though, these interruptions came hot on the heels of other recent bad press for Facebook.

This includes a lawsuit that argues Facebook paid an extra $4.9bn to the US Federal Trade Commission as part of its Cambridge Analytica scandal settlement, in hopes of keeping founder Mark Zuckerberg out of the spotlight.

What’s worse, despite hopes that privacy would become more imperative to Facebook, data breaches are still an issue and one that the social media giant is failing to address transparently and reassuringly.

The double outage served to deflect some attention away from a tandem news item, that personal information belonging to over 1.5 billion Facebook users appears to have gone up for sale on the dark web. As I wrote about here, protecting privacy is vital to any business in the digital age, and this importance is only likely to grow in coming years.

At the most basic level, social media outages mean advertising outages. Beyond this however, there are other issues that should be considered. There could be substantial user disillusionment with the platforms for example, which diminishes their value as advertising platforms and data breaches. All of these could have the effect of reducing the ROI on ads placed on these platforms.

There are also demographic issues to consider. Facebook in particular has an ageing audience and to reach younger users – and future ad respondents, entrepreneurs might consider looking elsewhere.

There has been a marked swing towards entirely video-based platforms recently. A trend accelerated by the global pandemic. TikTok for example has become the fastest-growing social media platform in history. With over three billion downloads in just 4/5 years since its launch.

In 2020, TikTok was downloaded 850 million times and generated an estimated $1.9 billion (a 457% increase from 2019). This follows the impressive rise of YouTube the world’s second most visited website.

All social media platforms – including TikTok and YouTube – have their issues and controversies. This is especially worrying for businesses that need to protect their reputation or reach a diverse target demographic. It suggests wise entrepreneurship demands a more measured approach to advertising on social media.

Therefore it’s good to maintain an open mind about choice of social platform, and not dismiss any out of hand, or choose any above all others. Facebook remains a great tool for advertisers, and there are many good reasons for it making an enormous $28.6 billion in ad revenue in the three months to June 2021. It has invested heavily in creating an attractive offering to advertisers, as the bulk of its income comes from them.

However, it could be time to re-visit some of the more traditional – and in some cases reassuringly reliable – ways to advertise. This process may include physical ads that put your brand ‘up close and personal’ to consumers and business decision-makers. Or exploring technology used in advertising, such as Virtual and Augmented Reality, for brand promotion. Then there is content driven advertising and PR which may work especially well if you’re a B2B business.

At the very least, spreading social media ad spend across the big players and some of the newer platforms could prove fruitful. If it’s orchestrated strategically and measurably – and the social media platforms all stay online!

Business October 13, 2021
For a long-time now, Facebook and other social media platforms have been central to marketing strategies for businesses around the world. With...

What entrepreneurs can learn from Marcus Aurelius

Entertainment October 12, 2021
As entrepreneurs, we often look to peers in the world of business as we attempt to learn from their success and understand...

Entertainment October 8, 2021
While tech has made many things possible that would have seemed impossible just a generation ago, it has also had other impacts...

Business October 5, 2021
As borderless payments become more and more common and easier to access, businesses are using this technology to reach ever more customers...

What can Survivor teach entrepreneurs?

Entertainment September 30, 2021
With the hit TV show Survivor returning to our screens, millions will be tuning in to watch contestants push themselves, overcome obstacles...
Philip J. Keezer (MBA) is a business consultant and mentor dedicated to helping e-commerce and technology start-ups reach their full potential. A born-and-raised Montrealer, Keezer set up his dream business in his hometown in 2014 with one major goal in mind: to make business easier for everyone.
MORE STORIES

What entrepreneurs can learn from Marcus Aurelius