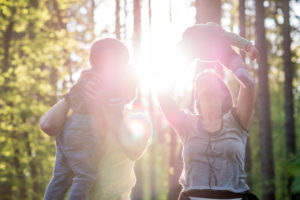 Since the beginning of human history men and women have formed families and raised children to grow up and become valuable members of society. Men have traditionally hunted, fished, gathered, or farmed to provide food for their family. Likewise, the woman typically cooked, took care of the children and other chores while the man was away bringing food back or doing whatever work needed to be done. This is still the pattern seen in every culture and society.

While this is not a religious based discussion, traditional family and family values are derived from some source, and often, faith plays a major role.

Often situations arise where a ‘traditional’ family is not possible. This may be a temporary or permanent issue. Sometimes a spouse dies, or maybe one leaves the family, leaving only one parent, and other times, there is no parent. Whatever the cause, children need a stable, two-parent home, and when this is in place their is a correlation on economic prosperity, in both the family and in society in general. Nevertheless, providing basic needs like food, clothing and shelter is the first goal, followed by an education and skills for the children’s future. With two parents in place this is achieved quicker and provides a stable and healthy environment, and helps to ensure a better economy.

Television shows from the 50s and 60s demonstrated what was accepted as a traditional family, and what was expected. The show, “Leave It To Beaver” has the mild-mannered Ward Cleaver, who is the father of two boys, and husband to mother June, who is a homemaker, or housewife, always cooking, cleaning, and tending to everything that needs tending to while Ward is at the ‘office’. June models the majority of the women of the day. The men mostly work at an office, working Monday through Friday with weekends off. Like many other shows, “Leave It To Beaver” depicts what is still considered today as traditional family values. The father is the breadwinner and the mother stays at home and cooks, cleans, plans meals, shopping, and events for the family. She deals with sick children and all of the other things that the husband/father can’t do while he is working.

These television shows depicted typical American family life of the day, and the national economy was bustling at the same time. It seems there is a direct correlation between traditional family values and a bustling economy. The husband to focus on his work and role of providing for the family. The economic and global instability of the early twentieth century gave rise to the need for closely defined family units.

While much of the 50s boom was due to a growing post-war economy, we can’t ignore the facts that families were growing, prosperous, the male breadwinner as the sole worker, and these traditional families helped the economy to further flourish, and boom.

Moving Away From Tradition

For many reasons we have seen a decline in the number of marriages, in lieu of just living together. Many in lower socioeconomic classes claim that they can’t afford to marry or that it’s cheaper for them to not marry.

Often when couples cohabitate they split up, and if children are involved, a single-parent family now exists. The fallout from the break up of this arrangement can be disastrous. Economically one parent can’t shoulder the load and often turns to other sources for help. On a wide scale those that help, like government, church or other non-profit organizations can be drained, and instead of a viable family that is self sufficient and productive we now have a broken family that can be a burden on society.

Marriage Is Better Than Cohabitating

Traditional marriage has declined for many reasons. According to The Atlantic, often people choose to just live together because of fear of marriage ending in divorce.

While marriages do end in divorce, most that live together end up moving on. The economic impact is that marriage requires commitment and cohabitating does not. There is no real incentive to have a joint checking account or save for the future and it is often hard to dream. One partner may be wondering “when is this going to end?” There really is no incentive to be in it for the long haul and thus no real economic incentive. In most relationships where couples choose to cohabitate, both parents continue working after childbirth, and often one parent leaves and the other becomes a single parent.

Marriage: A Commitment And An Investment

Not only is marriage a commitment but it is also an investment, which requires hard work, time, and money. In order to have a healthy family, one needs money to provide for basic needs. A couple typically waits until after college or trade school so that they can ‘afford’ marriage. Despite all of the planning no one can ever plan enough.

Provision Is Not Just About Money

Value systems are first learned at home, and for someone who does not learn traditional family values at home it is difficult get these values as they are not taught or reinforced in most schools today. There has been an assault on traditional values in the last few decades and as a result most young adults enter the ‘real world’ without the family structure, skills and guidance to help them navigate the challenges ahead. It is now commonplace for one to still be living at home into their 30s and 40s.

Providing for oneself is just the beginning, with the next step being marriage and then children. Traditionally, males went to college, earned a degree and after marriage began to settle down into a career and family. Having the male as the breadwinner ensured that he provided for the needs of the family like food, clothing and shelter, while the woman took care of everything else. The collgeconservative.com states “having the woman in the home enables the male to focus exclusively on maximizing his earning power. This leaves more time for the woman to nurture the children, pay bills, make and fill appointments, and plan activities and the like.

Beyond providing for basic needs is teaching the children various life skills and responsibility. The parents pass the e values that they have on to their children, and also teach them other things like social skills, etiquette, civic duty, and responsibility at home and in the community. Often, the parents will pass some skills on to their children. Homemaking skills like cooking, cleaning, sewing and other similar skills have been traditionally passed on from one generation to another. The man often is a decent mechanic, and also has lawn care skills that he can pass on to all of his children. Most of these skills are not taught in a non traditional setting. A single mom usually doesn’t know how to fix a car or a single dad may not be a great cook, and when do they have the time?

Persevering In Marriage: Divorce Is Not An Option?

For most families with traditional values divorce is not an option. Yet there has been an increase in divorces, and as a result, it is costly in finances, and in emotional, mental, and physical health. Because divorce is costly, staying together in a marriage is the best choice from an economic, as well as the whole betterment of the family unit. Child support is normally small if it is even paid and there are many other detrimental changes. But the cost of divorce goes beyond the economic impact, causing emotional instability, anxiety, depression, and often physical ailments for all parties. The children are robbed of the stability of a two parent home and their future becomes perilous. Parents can work through the differences and persevere for the sake of the whole family.

What Is The Conclusion?

A marriage commitment is a major step requiring both parties to be equally committed. Today’s society is fast paced, and raising a child has become more expensive. Despite all of the assault on the traditional family, it is still the most economically sound way to go. There are people who have lost everything and pressed through, working hard, and their children went on to become responsible hard working citizens, eventually having strong families of their own. In a non-traditional family the patterns that caused the instability are often repeated from one generation to another. Without a stable environment the child is more likely to not succeed.

Since all of the major world religions teach and practice these standards it would seem that these values would be the standard. Yet, despite that, millennials do not like being labeled and seem against affiliation with religions, political parties, and anything institutionalized. They are breaking away from what their parents generation stood for. It’s time to see a generation rise up and reverse these trends in favor of the traditional family, and the values that it espouses. 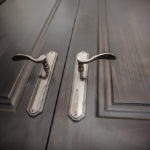 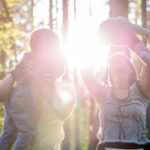 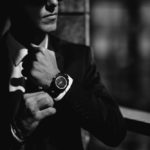