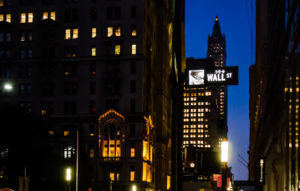 As we move into an uncertain post-COVID world, a free-market economy has never looked so critical in protecting the future of humanity.

Although political leaders are using the coronavirus to strengthen their power, it’s the relaxing of regulations that has inevitably kept economies afloat. In the U.S., regulations limiting how many hours truckers spent on the road were lifted to keep store shelves stocked. HIPAA and FDA regulations were lifted to help keep food and medical supplies stocked.

The levels of bureaucratic tape are beginning to take their toll on businesses around the country, and free market policies are needed to get things back on track.

Marxist bailouts for large corporations are not going to keep the economy running. If anything, these companies have been dragging us down by failing to stay ahead of innovation. The real power in our economic recovery will come from the small- and medium-sized businesses that take the reigns and provide what we need.

Restaurants and retailers have shifted to online and delivery models. Distilleries and breweries have transitioned to make hand sanitizers. Online collaboration tools like Zoom experienced massive upticks in their usage. Businesses that adapt to these times and create value for society are the ones who will lead us forth into the future. The economic impact of this novel coronavirus can’t be understated, but we are capable of recovering by depending on the innovation of these businesses.

And it’s only with a free market that innovation can truly flourish.

Failing businesses should be punished, not rewarded

By bailing out failing companies, we’re trapping capital and resources in a low-growth sector that could have been used more profitably in higher-growth areas of the economy. Instead of stopping a business from failing, which slows down economic growth, we should let them die and watch new, more agile, and more innovative businesses rise from the ashes.

People didn’t know they needed an iPhone, fitness trackers, or blind spot warning systems, until they were invented by someone. The rewards to those who were able to guess the mood of enough consumers are sufficient to make them rich. This promotes innovation and enriches consumers’ lives by much more than any financial rewards to the innovators themselves.

In a free market economy, economic judgments are made by consumers, not governments.

So when a business goes bust it frees up resources that are redeployed to the production of things society actually wants, instead of things that it doesn’t.

Looking at how the UK and Japan each rebuilt their economies after the Second World War is a great example of the benefits of a free market.

In the 1970s, the UK government chose to push and subsidize the coal and steel industries. Japan, on the other hand, chose consumer electronics, like camcorders, VCRs, etc. Both governments took the same approach – directing their country’s economic focus with top-down decisions, and thus overpowering a free market – but with different industries.

In the years to come, the UK’s economy was quite sluggish, while Japan’s was roaring. Japan was considered a model example of how to run a national economy. And it certainly outshone the UK – for a certain period of time.

But Japan basically got lucky, picking the right industry at the right time. By the end of the 1980s, they were stuck selling merchandise in Radio Shack, Comp USA, and Circuit City. And throughout the ‘90s, the Japanese economy was left in the dust.

The UK, on the other hand, moved to a free market economy under Prime Minister Margaret Thatcher in the 1980s. This brought increased innovation and renewed growth, allowing the UK to pivot away from coal and steel into more prosperous industries at the time.

Ultimately, government-directed economies are never strong for extended periods. Free market economies, on the other hand, can react to changes much faster by fostering innovation and technological advancements.

When governments restrict free markets with regulations, it’s people that lose out the most. By destroying competition, they’re also destroying freedom of choice. Nobody wants a situation where some government agency or benevolent dictator matches workers with jobs, suppliers with retailers, and retailers with customers.

If you think about the services you use in which you have the least choice, such as a public transport network or a healthcare system, those are usually the ones that are the most broken. They’re also the services that suffer from the greatest amount of government intervention. If you want low prices and high quality, it’s always better to keep governments out of the way and let free markets work.

Freedom of choice is best secured by allowing true freedom for both entrepreneurs and consumers. Entrepreneurs are at the helm and steer the ship, but they’re still obeying the orders of the captain – the consumers.

The future needs a free market

In the past two generations alone, free market economics has lifted billions of people worldwide out of poverty. It has brought consumers an incredible variety of products and new technology. It has rewarded talented people for the kind of talents that dictators would never have even thought to exploit.

So as policy makers determine how best to reopen the economy without making the pandemic worse, businesses should focus on creating solutions that will fix the problems the average person is facing. Wasteful government spending has exacerbated the problems we’re currently facing, and we shouldn’t need to depend on the government to pull the strings of a full financial recovery.

It’s clear that government-directed economies do not thrive for long, but free market economies do. Let’s hope our government understands this. 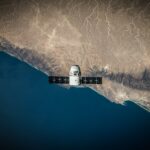