When it comes to running a startup, risk-taking is key. In fact, there are five common risks (from market risk to financial risk) that all entrepreneurs should keep in mind and take a closer look at when starting their dream business. As Sreekanth Ravi, founder of Tely Labs, told Entrepreneur magazine, “jumping into the deep end of the startup pool is significantly less intimidating once you understand and assess these risks.”

That being said, it’s hard to always be 100% sure of the risks you’re about to take, especially when they’re far outside the box of convention. As Martin Zwilling explains in a great Forbes article titled ‘10 Calculated Risks That Lead To Startup Success‘, “the challenge is to avoid the bad risks, while actively seeking and managing the smart risks. There are no guarantees in business, but it pays to learn from the experiences of entrepreneurs and business experts who have gone before you.” That inspiration can come from speaking with peers, attending conferences and lectures, watching material online and, one of my favorite methods, reading up on the history of great businesses.

It’s always nice to be able to turn to some of the greats who have paved the path of innovation before you and biographies are a great way to do so, as it’s not possible to sit down with all of your business idols and pick their brains about their greatest successes and failures, and the lessons that have come from them. Lucky for us entrepreneurs, the stories of many legendary leaders have been documented by talented writers, as is the case with these five books, which have served as great sources of inspiration and motivation for me over the years.

“The pre-eminent business historian of our time, Richard S. Tedlow, examines seven great CEOs who successfully managed cutting-edge technology and formed enduring corporate empires. George Eastman and his invention of the Kodak camera; Thomas Watson of IBM; Henry Ford and his automobile; Charles Revson and his use of television advertising to drive massive sales for Revlon; Robert N. Noyce, co-inventor of the integrated circuit and founder of Intel; Andrew Carnegie and his steel empire; Sam Walton and his unprecedented retail machine, Wal-Mart.”

“Based on more than forty interviews with Jobs conducted over two years—as well as interviews with more than a hundred family members, friends, adversaries, competitors, and colleagues—Walter Isaacson has written a riveting story of the roller-coaster life and searingly intense personality of a creative entrepreneur whose passion for perfection and ferocious drive revolutionized six industries: personal computers, animated movies, music, phones, tablet computing, and digital publishing.”

The 21 Irrefutable Laws of Leadership by John Maxwell

“If you’ve never read The 21 Irrefutable Laws of Leadership, you’ve been missing out on one of the best-selling leadership books of all time. Internationally recognized leadership expert, speaker, and author John C. Maxwell has taken this million-seller and made it even better: Every Law of Leadership has been sharpened and updated. 17 new leadership stories are included, two new Laws of Leadership are introduced and a new evaluation tool will reveal your leadership strengths – and weaknesses.”

The HP Way by David Packard

“In the fall of 1930, David Packard left his hometown of Pueblo, Colorado, to enroll at Stanford University, where he befriended another freshman, Bill Hewlett. After graduation, Hewlett and Packard decided to throw their lots in together. They tossed a coin to decide whose name should go first on the notice of incorporation, then cast about in search of products to sell.Today, the one-car garage in Palo Alto that housed their first workshop is a California historic landmark: the birthplace of Silicon Valley.”
Creative Capitalism by Michael Kinsley

“Bill Gates is not only the world’s most successful capitalist; he’s the world’s biggest philanthropist. Gates has approached philanthropy the same way he revolutionized computer software: with a fierce ambition to change the rules of the game. That’s why at last year’s annual meeting of the World Economic Forum in Davos, Switzerland, Gates advocated a ‘creative capitalism’, in which big corporations should integrate doing good into their way of doing business.”

Of course, there are many more great business titles out there that all entrepreneurs should read. Too many to list, in fact. The important thing is to continuously keep reading, as it’s a great way to challenge your beliefs, shine more of a spotlight on your decisions and let yourself be inspired by those who have paved the path of innovation before you. If you have any go-to leadership books, I’d like to hear about them!

Re-energising your team after the summer break

Entertainment September 13, 2021
Everyone loves getting away for their summer holidays and that time away from the office is supposed to be refreshing. Some, however,... 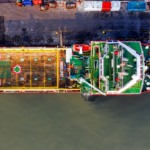 Everything You Need To Know About Supply Chain Management

Entertainment September 8, 2021
Supply chain management isn’t a new field by any stretch of the word. However, as fundamental as it is to business management,...

Branding Your Online Store – Where to Begin?

Business September 7, 2021
Branding your online store to be distinct and trustworthy is one of the best things you can do to boost your business. 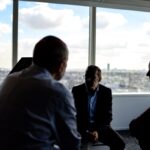 Solving Conflicts Between Your Employees 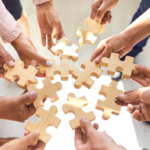 Business September 1, 2021
Any company or organization needs a good structure to run smoothly. Without clear procedures, hierarchies and policies, confusion can seep into your...
Philip J. Keezer (MBA) is a business consultant and mentor dedicated to helping e-commerce and technology start-ups reach their full potential. A born-and-raised Montrealer, Keezer set up his dream business in his hometown in 2014 with one major goal in mind: to make business easier for everyone.
MORE STORIES

Re-energising your team after the summer break